Angular vs. ReactJs vs. VueJs – Who’s the Winner? 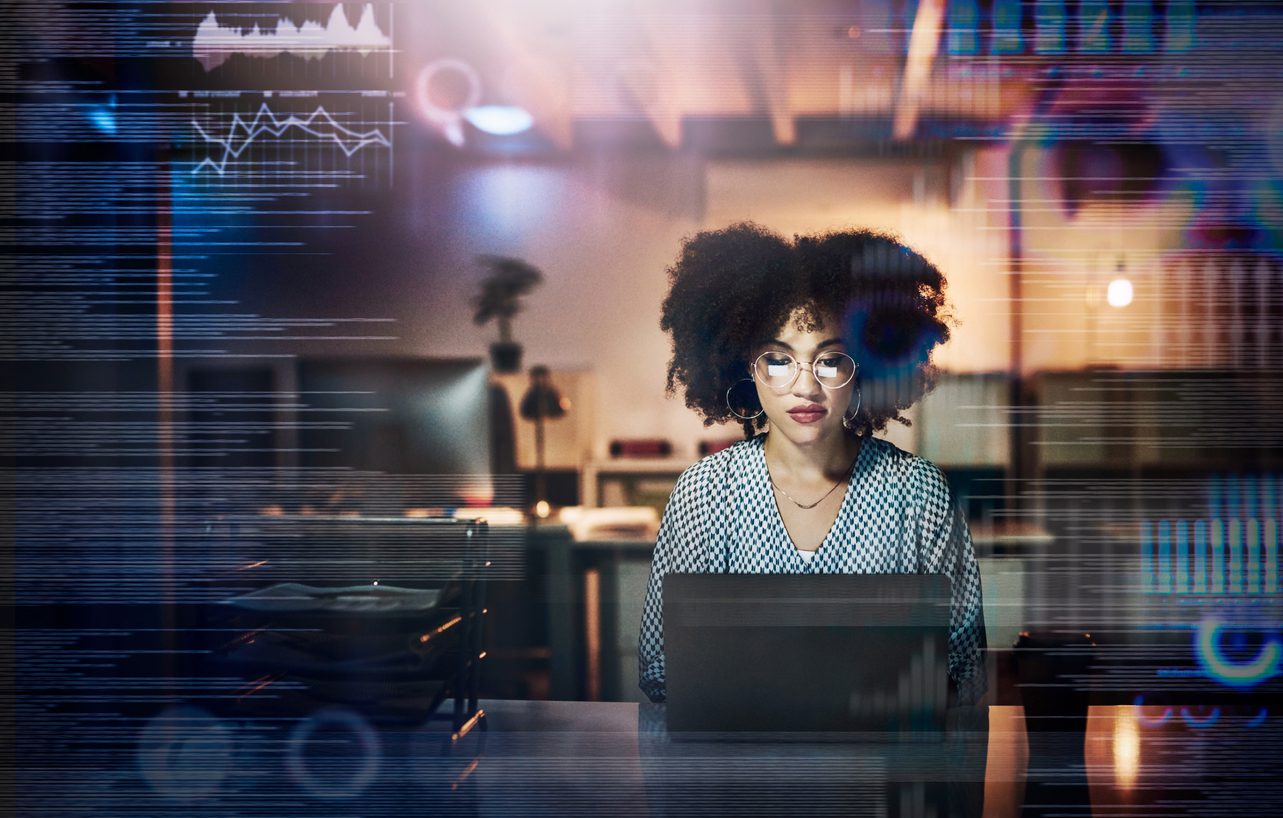 Angular, React, and Vue are all popular front-end development frameworks. However, there are different opinions on which one is best. In reality, they’re all great in their own way, but the benefits do vary based on the reason for using them. A common benefit is that the developers can all be outsourced. Read on to find out more about Angular vs. ReactJs vs. VueJs.

AngularJS was developed by Google and released in 2010. It’s the oldest of the three and is a JavaScript framework that is based on TypeScript. In 2016, a significant shift in the framework occurred when google released Angular 2. The most recent version to be released was in 2020 and was Angular 11.

Angular is set apart from React because of its use of directives. In this case, directives refer to DOM element markers, allowing developers to track and attach specific behaviors. This means that Angular differs in that UI separates as HTML tag attributes and behaviors with JavaScript code. Although it has numerous benefits, there is a steep learning curve for Angular developers.

This is because Angular is considered to be a complete solution and mastering it requires knowledge of TypeScript and MVC. Though it takes time to learn how to use Angular, it’s a powerful investment in that you’ll have an immense understanding of how the front-end works.

Angular has poor SEO capabilities. This is because there is poor search engine crawler accessibility. However, as Angular belongs to Google, it shouldn’t be a long-run problem. There are also too many versions, which can be overwhelming for beginners to cope with as a result of the number of updates.

Out of the box, Angular has a lot of support for a lot of different things and helps the developer in controlling UL reaction to user input, validating user input, routing, HTTP requests, offline support, PWA capabilities, application building, management, and connection. All frameworks make it easier for the developer to build reactive complex user interfaces, but Angular gives a full set of tools.

This means it doesn’t end after giving support for DOM manipulation. You can also take advantage of the official CLI for creating and managing projects, as well as keeping them updated, and have the ability to add dependencies and through deployment. Thus, Angular consists of building reusable UI components which can be controlled and combined with other components to build an entire UI.

In 2013, Facebook developed and released React. In fact, Facebook uses React in many of its products, including Instagram and WhatsApp. The most current stable version was released in 2020 and is version 17.X. While smaller updates have occurred since then, the version remains unnamed. React combines component behavior and UI.

This means that the same code element is responsible for the creation of the UI element and how it behaves. React has an easier learning curve because of its “getting started” guide. With this, you’ll be able to have it set up in about an hour. The best part of the guide is that it is thorough and complete, offering solutions to common issues.

Stack Overflow is also a great source for solutions for React developers. However, React is not a complete framework. Third-party libraries obtain advanced features in React. Therefore, the learning curve of the core framework is easier, but the path taken for functionality can impact this. On the other hand, React gets more frequent minor and major updates than Angular or VueJs. In fact, the library updates so frequently that finding appropriate documentation about the updates remains difficult. Moreover, React uses a JSX syntax that can be hard to learn. This is more attributed to preference than a drawback, but the HSX syntax does not impact the front-end definition capabilities of React.

The difference between Angular and React is that Angular gives the developer everything, while React only gives a library for content to the DOM and efficiently controls it. Thus, React is about components and building UI from components. You have all the tools needed to define what should be rendered based on different circumstances.

But, you don’t get built-in form validation support. You don’t get a router and React doesn’t ship its own HTTP client. There’s some support built-in, but not for all scenarios. Nor does React come with special features. This means it’s much slimmer than Angular.

VueJs was the most recently developed in 2014 by a former employee from Google, Evan You. Vue has increased in popularity since its inception, despite not being backed by a large company like Google or Facebook. In 2020, the most current stable version was released, known as version 3.0. Like with React, there have been small updates since the 2020 release, but have not led to the version being renamed.

Also, Vue 3 currently has its own GitHub repo and has moved to TypeScript. Vue also links UI and behavior as part of components, which leads to more intuitive components. Vue is also customizable, which enables the user to combine UI and behavior within a script. Pre-processors can also be used in Vue, which is great functionality.

Vue also enables seamless integration with other libraries. There is more customizability with Vue, making it the easiest of the three to learn. Vue also overlaps with Angular and React in terms of functionality, such as the use of components. This means that it is easy to transition from Vue to either Angular or React. On the other hand, the simplicity of Vue allows for poor coding, difficulties in debugging, and difficulties in testing.

Vue is less popular than React or Angular, which means it’s harder to find experts in the field to utilize Vue. While flexibility is beneficial, it’s been pointed out that there is excessive flexibility in Vue, leading to codebase irregularities. Ultimately, Vue is kind of in the middle between React and Angular.

It’s not as big as Angular, but it has more features than React. You do get built-in state management and it does have a built-in router. However, it doesn’t have form validation or functionalities for HTTP. Essentially, you get more than you do in React, but less than you do in Angular.

Comparing Angular vs. ReactJs vs. VueJs

By now, the common question is: isn’t Angular better than the others? Well, yes and no. It does offer more features, which is important for developers. However, this doesn’t definitively make it better. “Better” in this sense is based on the project and personal preferences. Any of the options could be superior to the others based on the project and personal experience. Thus, it depends on what you need. For example, you’ll need state management and routing in almost every single project, regardless of project size. Full built-in support for both can be found in Angular and Vue. React, on the other hand, only has some state management support and no routing support built-in. Therefore, this one isn’t optimal for high-frequency changes.

Still, this doesn’t mean that React isn’t valuable. Developers use its simplicity and focus on UI rendering and components as a powerful weapon. When Angular needs to engage in connections for many things and test to be sure they work together smoothly, React already has it in place. Essentially, React only does one thing, but it does it really well.

Eventually, you need other tools, but there’s a very active community that has developed packages to solve many different problems. So, the argument could be that React gives the best possible UI library, while community focuses are on individual projects to add to the library.

The Winner of Angular vs. ReactJs vs. VueJs: Angular

A huge team of highly experienced developers developed Angular. Thus, mistakes remain unlikely. It also doesn’t mean that having it all in one go means no problems or incompatibilities. That will happen.

Of the three front-end frameworks, Angular is the most mature. It also has solid backing considering contributors and offers a complete package. It does have a steep learning curve and concepts of development may dissuade new developers from utilizing it.

Angular shines as the better choice for those companies that have large development teams experienced with TypeScript. However, professionals consider React at the beginning of mature. It has many contributions from the community, helping it gain widespread acceptance and adoption. It’s a great option for someone that’s just getting started in the world of front-end JavaScript frameworks.

It offers flexibility, which can be increasingly important to startups and developers. A great advantage over the other options is the ability of React to integrate seamlessly with other frameworks, leading to code flexibility. Finally, Vue is the newest option and it doesn’t have a major company backing it. Despite this, it’s done well as a competitor for both Angular and React, especially with its most recent release. Vue is the best option if you want simplicity and flexibility.

Learn More About Angular vs. ReactJs vs. VueJs 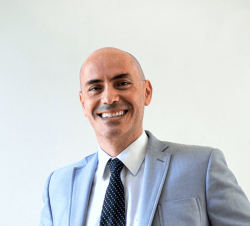 Hiring Software Engineers? – Startups Have It All Wrong!

.NET Development in the Backend – What’s the Best Option for the Front-End?